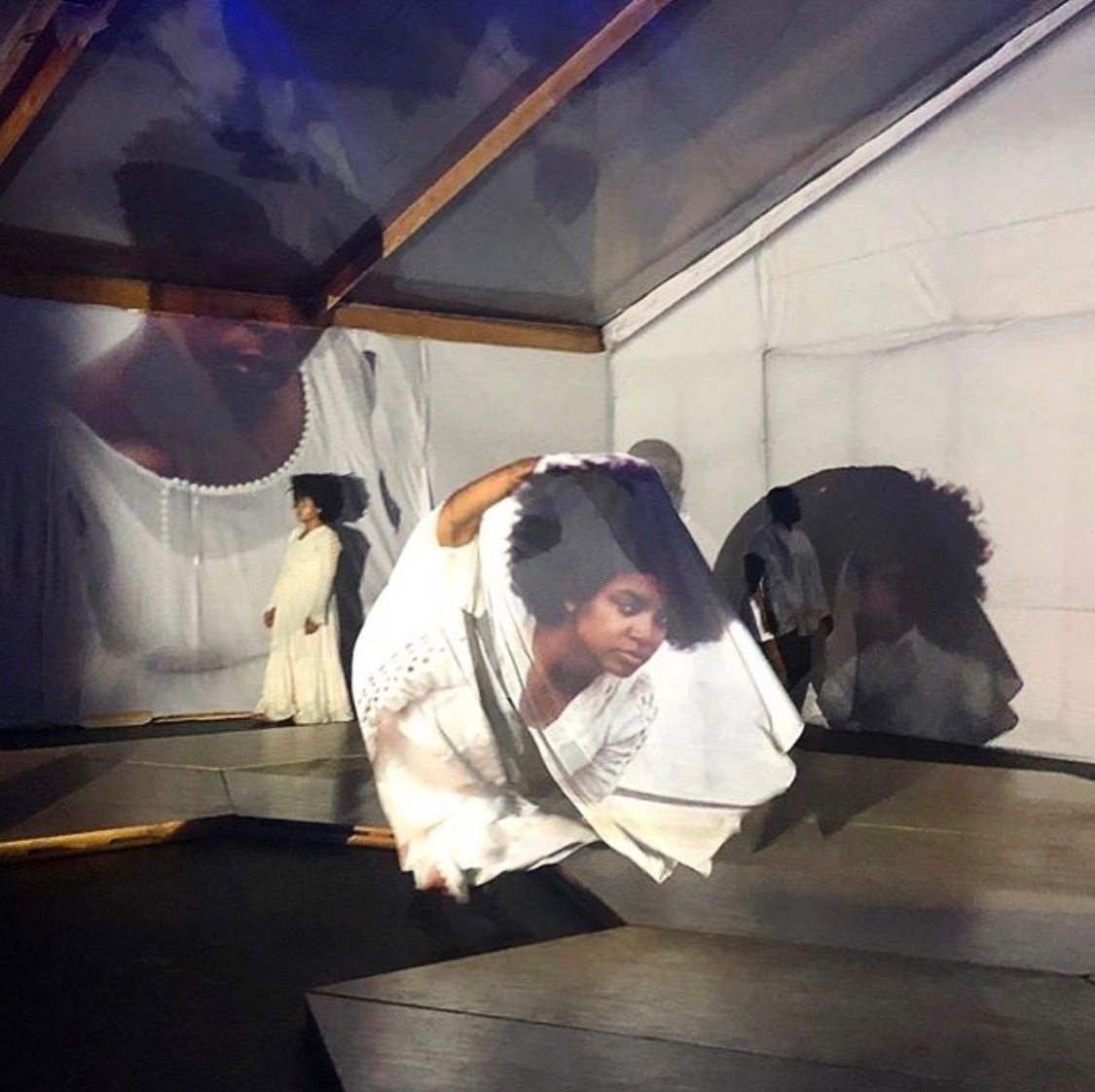 About Work in Progress: Space Carcasses

This event will now be an Artist Talk on August 1st at 7:30pm in the BDF Tent

Space Carcasses is an interdisciplinary performance that juxtaposes, superimposes, and asserts the body’s relationship to its built environment, particularly spaces that echo with Afrodiasporic forced migrations. A carcass leaves an imprint of a version of us we are no longer, a “skin,” a container that we have left behind. Facilitated by emergent technologies, the dancing body will become time traveler, truth teller, and historical record by melding with architecture and embodying it as an exoskeleton. The work features an international team of collaborators from the US, Nigeria, and France and is expected to premiere in 2023-2024.

While in residence at Bates Dance Festival, Onye will be working with dancers Joshua Gabriel and Michael (“Mikey”) Mestas to continue developing their corner work practice.

Onye Ozuzu (she/her) is a performing artist, choreographer, administrator, educator and researcher currently serving as the Dean of the College of the Arts at the University of Florida, Gainesville, Florida. Previously she was Dean of the School of Fine and Performing Arts at Columbia College Chicago. Her administrative work has sought to balance visionary and deliberate progress in the arenas of curricular, artistic, and systemic diversity, cultural relativity, collaboration and interdisciplinarity. In that work she has been a frequent collaborator with the People’s Institute for Survival and Beyond. Onye has been presenting Dance works since 1997. Based in the U.S., her work has been seen at venues such as Seattle Festival of Improvisational Dance, Kaay Fecc Festival Des Tous les Danses (Dakar, Senegal), La Festival del Caribe (Santiago, Cuba), Lisner Auditorium (Washington DC), McKenna Museum of African American Art (New Orleans, LA), danceGATHERING Lagos, as well as many anonymous site-specific locations. Recent work includes “Touch My Beloved’s Thought,” a collaboration with composer Greg Ward, and “Project Tool,” a work which garnered a 2018 Joyce Award. She facilitates work in a group improvisational score “The Technology of the Circle.”  Her current project, “Space Carcasess” is working with an international and interdisciplinary team of collaborators: visual artist Native Maqari, video-projection designer Simon Rouby, musician/sound artist Ben Lamar Gay, and dancers Joshua Akubo and Michael Mestas. “Space Carcasses” is funded by the National Performance Network and the New England Foundation for the Arts National Dance Project.  She continues to serve the field of dance as a thought leader, speaker and curator.

Back to Perfomances & Events