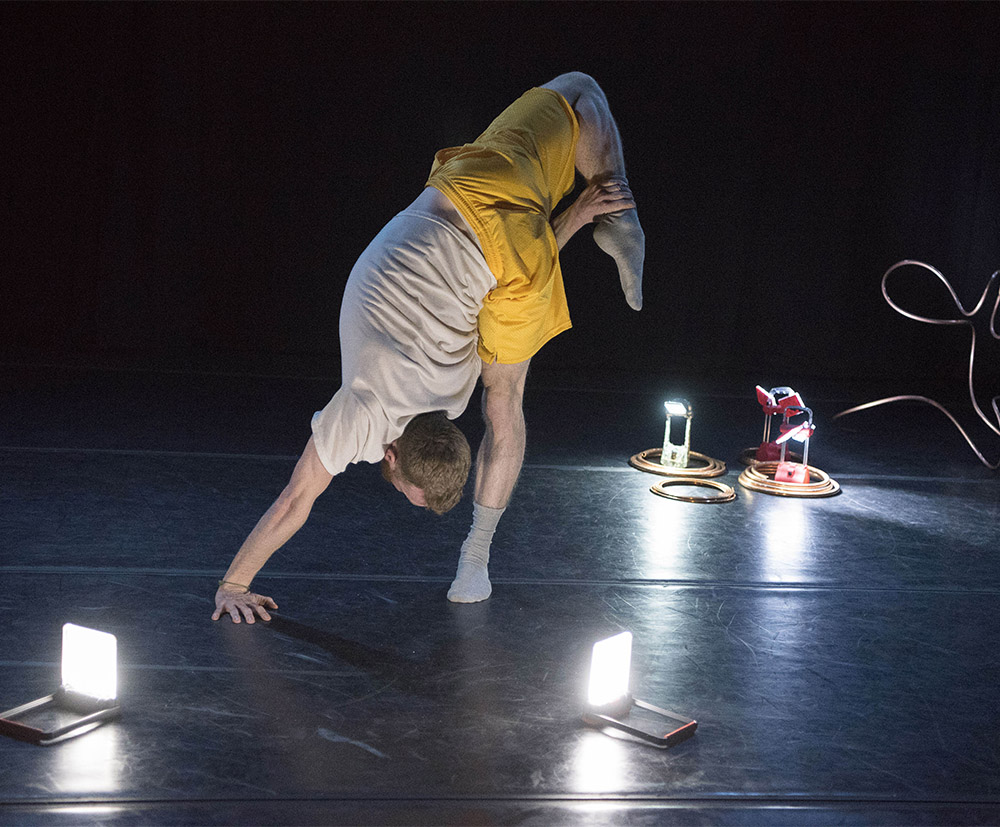 Riley is an artist based in Portland, Maine whose work explores states of consciousness through movement.  Originally from Bangor, he trained at the Bangor Ballet and Walnut Hill School for the Arts before receiving a BFA in Dance from The Juilliard School in 2007.  He has danced primarily with William Forsythe and The Forsythe Company in Frankfurt, Germany, as well as with Netherlands Dance Theater 2 and Bern Ballet.  He is frequently invited to teach, choreograph, and perform for a wide array of arts institutions and companies around the world. Riley has written for Frontiers in Human Neuroscience and recently co-authored a children’s book entitled Where’s Your Creativity with his cousin, Dr. Aaron Rosen, for Tate Publishing, London. Riley is on faculty at the Bangor Ballet, a member of the Advisory Committee for Bates Dance Festival, and a Dance and Performance advisor for SPACE.  He is recipient of a Princess Grace Award and was named Contemporary Dancer of the Year 2015 for the Positano Prize, Italy.

BACK TO ARTISTS IN RESIDENCE