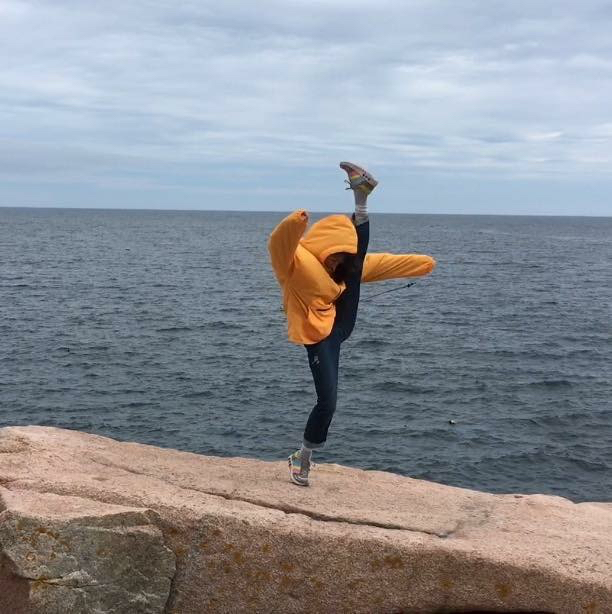 Laura K. Nicoll is originally from Mt. Desert Island, Maine and currently based in Brooklyn, New York. After training with American Ballet Theater, Pacific Northwest Ballet, and Suzanne Farrell, and graduating from St. Paul’s School, she joined Pittsburgh Ballet Theater’s corps de ballet where she was also a union representative. While in Pittsburgh she performed in a diverse repertoire that included works by George Balanchine,Matjash Mrozewski,Dwight Rhoden, Lynn Taylor-Corbett, and Twyla Tharp. Following her classical ballet career, she performed on the Norwegian Dawn (cruise ship), with several New York City-based theatre companies. For the past 9 years, Laura has worked with theater director/new media designer Reid Farrington first as a performer inTHE PASSION PROJECT(2009–2012) andA CHRISTMAS CAROL(2011–2012) then as a choreographer forTYSON vs. ALI (2014) and CasablancaBox (2017). She has also created two site-specific dance projects in collaboration with choreographer Jessica Nicoll.

She co-founded KREILKAMP NICOLL, a performance art company with her brother Rufus Morgan Kreilkamp Nicoll, as a platform to make and share arts services of all kinds. They are working on an evening length work featuring performers, labor practices, music, text, materials that were familiar to them growing on an island on the coast of Maine. Since May 2017, Laura has been developing solo dance material in outdoor and indoor spaces, work-shopping it in several performance spaces and sharing via videos online.

BACK TO ARTISTS IN RESIDENCE