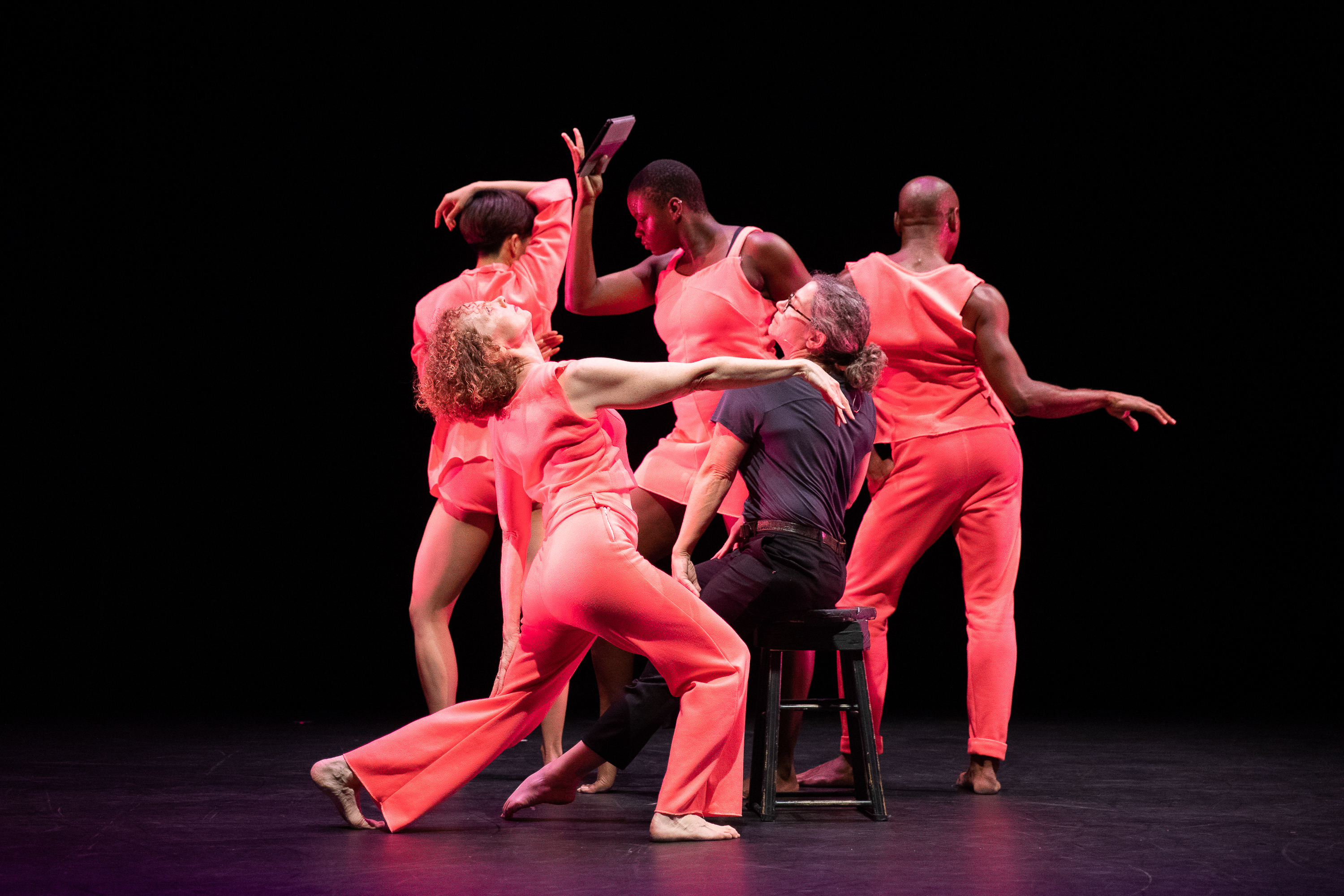 Live from the festival: Who gets to own a dance? Beyonce, apparently

By Lauren WarneckeJuly 31, 2019Live From The Festival
No Comments

During my last semester as a college dance major, a classmate in my composition course accused me of stealing her move.

It was a total coincidence.

A few themes overarch the Bates Dance Festival, which director Shoni Currier says asks questions about identity, faith and artistry. Tangentially, several performances and conversations approach the topic of appropriation, creative license and intellectual property. It was probably ridiculous for my classmate to claim a silent scream as “hers,” but there’s a very real question in contemporary dance about “who did it first,” and who gets to claim a series of movements or an aesthetic as his own. As prolific choreographers seek to pass down or protect their legacies, topics like appropriation vs. inspiration and copyright laws intersect with the economy of dance. And how ever small that economy might be relative to other industries, it’s hard to argue that contempt for Beyonce’s gazillions of dollars made while repeatedly plagiarizing modern dance choreographers isn’t somehow motivated by a little bit of jealousy about her financial success.

“Paramodernities” was performed July 27 and 28 in the Schaeffer Theatre.

On her choices of which choreographers made the cut, Yerushalmy says she was looking for distance (as in, dead); name recognition; and a legible, well-documented aesthetic and/or codified technique. Working from fair-use materials and New York Public Library collections, she considered others who are notably absent – Pearl Primus, Mary Wigman, Doris Humphreys, Jose Limon, Paul Taylor and Ruth St. Denis as an incomplete list of examples – settling on these six for the reasons above, and pragmatically, because they had the most comprehensive, publicly available archives.

The question of whether or not Yerushalmy was plagiarizing these artists never really occurred to her – she completely reordered and restructured the steps, mashing parts in a blender and then putting them back together. Devoid of their original context, each episode is performed without music (excepting a jaunty instrumental piece layered into the Cunningham section), set to lectures by a series of academics, all but one of whom participates on stage with the dancers. The dancers are dressed in a variety of sweat suits which only hint at their source material.

Except for Nijinsky – perhaps because, as Yerushalmy said in our community conversation at the Portland Museum of Art, “He’s way dead,” – there are specific keepers of each of these choreographers’ legacies, held by their namesake companies in the case of Ailey and Graham, or by trusts and foundations set up to specifically preserve and police the work. Only one took issue with what Yerushalmy was doing; can you not guess who?

The topic of movement invention and intellectual property is also imbued within Yerushalmy’s choreography and the commentary from each scholar. Modern dance, often credited as an American artform with roots in German Expressionism, is riddled with cultural appropriation – one needn’t go further than Ruth St. Denis’s fascination with Egypt and India to start seeing the problems.

It might be helpful to remember that Ruth Denis was raised on a farm in New Jersey.

Many of Yerushalmy’s episodes acknowledge and explore modern dance’s problematic past, but Bob Fosse gets the brunt of it. This section zooms in on the roots of jazz dance, which largely originated in Africa. Whether he knew what he was doing or not, Fosse appropriated indigenous dances, dressed them in a high-cut leotard and heels, and sold the whole package for a profit.

Here’s the part where it comes back to Beyonce. You almost start to feel bad for Vanilla Ice once you notice how precariously Beyonce toes the line between inspiration and plagiarism. Uproar accompanied the similarities between “Countdown” and works by Anne Teresa De Keersmaeker, and in the past few days there’s been talk of the unmistakable parallels her new “Spirit” video shares with Petite Noir’s “La Maison Noir: The Gift and The Curse.” But, follow me here, if we just consider “Single Ladies,” which blatantly draws from Fosse’s “Mexican Breakfast,” could one propose that Beyonce was simply reclaiming movement that was, in essence, stolen in the first place?

I don’t know enough about Beyonce to say whether or not that’s giving her too much credit, but it doesn’t feel like too much of a stretch to extend the argument to Anne Teresa De Keersmaeker, who’s lineage is in modern dance and questioned above.

One more thing about Beyonce: She’s clearly stated that these striking similarities are about inspiration, and not motivated by a malicious intent to steal people’s stuff. The ethical lines are technically in the hands of copyright courts. Aside: the estate of the guy who wrote “Rudolph the Red Nose Reindeer” pays a temporary employee enough cash to live on for a year by hunting down copyright violations between Thanskgiving and Christmas. More often, they’re hashed out in the court of public opinion (read: Facebook).

By the way, Jumatatu M. Poe and Jermone Donte Beacham, who will perform a processional performance called “This is a Formation: Intervention” in Portland Friday and from Lewiston’s Tree Street Youth to the Bates College campus on Saturday, are incidentally involved. This travelling performance is part of an ongoing exploration of J-Sette. J-Sette’s origins are credited to Jackson State University, a sexy, flamboyant style adopted by Jackson State’s female majorette squad. The trend spread across Historically Black Colleges and Universities in the south as more and more drill teams ditched their batons, and J-Sette was soon embraced in gay clubs, predominantly by cisgender gay men. Poe and Beacham take the form out of its original habitats and place it on city streets, performed by people representing a wide range of gender and sexual identities and traveling through historically or pre-dominantly black neighborhoods. Amongst the many imbedded and important threads in this work, Poe and Beacham are also, in a way, reclaiming a form that has permeated pop culture. Indeed, J-Sette has been said to inspire a number of pop icons, including – you guessed it – Beyonce.