We are now mid-festival but sadly cannot stay to see all of the performances. I am here for the longest stint but am still missing shows by Vincent Mantsoe, Dada Masilo and others. We have quite a busy schedule so keeping up with my blog has become a priority during my few free hours.

Today we had our second consortium meeting — a chance to hear from everyone around the table (and from several artist who sent news). Among us there is an amazing array of exciting thinking and work happening. Yerba Buena has just hired Marc Bamuthi Joseph as their new performing arts curator and we are all eager to see how he reinvents their programs. 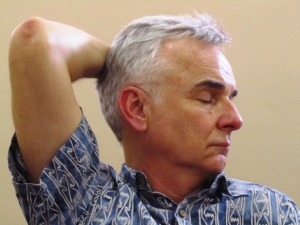 Ken Foster fresh off the plane

651 Arts in hoping to move into their own space and establish more of an identity in their Brooklyn neighborhood. 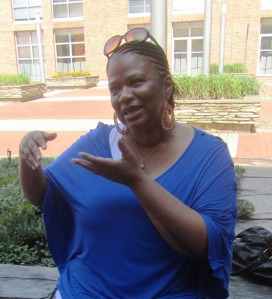 Seattle Theatre Group is bringing a kickass program next season including MAPP’s Voices of Strength, Amadou & Mariam, Fela, Dance Theater of Harlem, and more. The Walker staff is rethinking their focus to reflect a more global perspective. 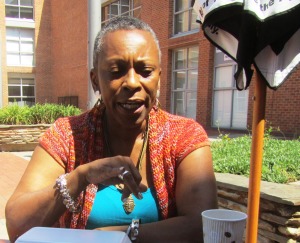 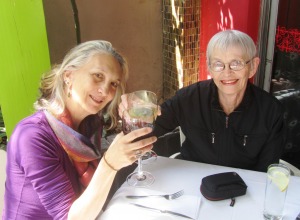 Likewise the artists are deeply engaged in developing new work and dreaming big. Greg is fine-tuning Exit/Exist and has several other projects in the hopper. His big dream is to create a dance center is Soweto. 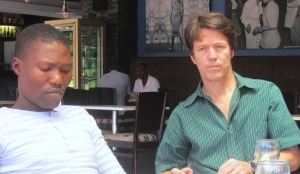 Boyzie is working on the final part of his trilogy and trying to live a saner life. Neli is exploring how to extend “Uncles & Angels” into a video installation and photographs for galleries. They are all and strategizing ways to change the arts culture in southern Africa to be more responsive to artists. 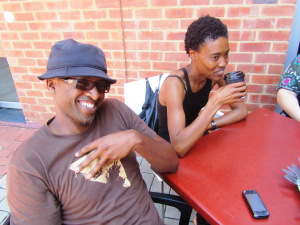 Together, through honest dialogue, we renew our commitment to our shared goals and discover what the next steps might be.  Thanks to our new funding from the Robert Sterling Clark Foundation we will move forward introducing US artists into the mix in a more intentional way. We plan to gather again during the Danse Afrique Danse platform hosted by Cultures France in Joburg next November. We also hope to invite one of our African artist affiliates to the next National Performance Network meeting to introduce them to this important consortium of US artists and presenters.

Moving on… After a much needed afternoon rest we head off to see PJ Sabbagha and The Forgotten Angle Theatre Collaborative’s “One Night Stand”at the Wits Theater. The program notes describes this as “a provocative exploration of the many ways we are infected on a daily basis by the many viruses that invade our lives and take over our bodies.” PJ has been active in the fight against HIV/Aids.  In visiting with him earlier this week he admitted the piece was in an early stage of development and was quite chaotic and messy (his words). After seeing the piece I would have to agree. The dancers were terrifically athletic and daring but the piece seemed to have very little structure or, frankly, much identifiable connection to the theme articulated in the program. The music, run from the sidelines on a laptop, was repetitive, pounding electronica that did not enhance the action from my perspective.

I had loved PJ’s work during the 2010 Dance Umbrella and so wanted my colleagues to be wowed by his new show. Fortunately they are all sophisticated curators and could see the intelligence and intent behind the work.

Next Philip and I head off to Moyo Restaurant at Zoo Park to hear some local music. Philip seeks out music in every city he visits and had been trying hard to find the best venues here in Joburg. His sources told him a bunch of good musicians were gathering at Moyo tonight to jam. When we arrived we discovered one singer with his acoustic guitar just finishing his last set. The dinner crowd seemed little interested in his music, lovely as it was. Since we were there and our driver had departed we settled in for dinner and a chance to catch up one on one. The opportunity to really talk to one another is rare in our field. Most often when we are together it is at a conference where everyone is racing around seeing work or in a big group meeting.  I am always delighted when a chance comes to spend more quality time and hash over issues of common concern. We had another such opportunity in November 2010 when Philip, Marj and I were in the Masa Mara of Kenya.