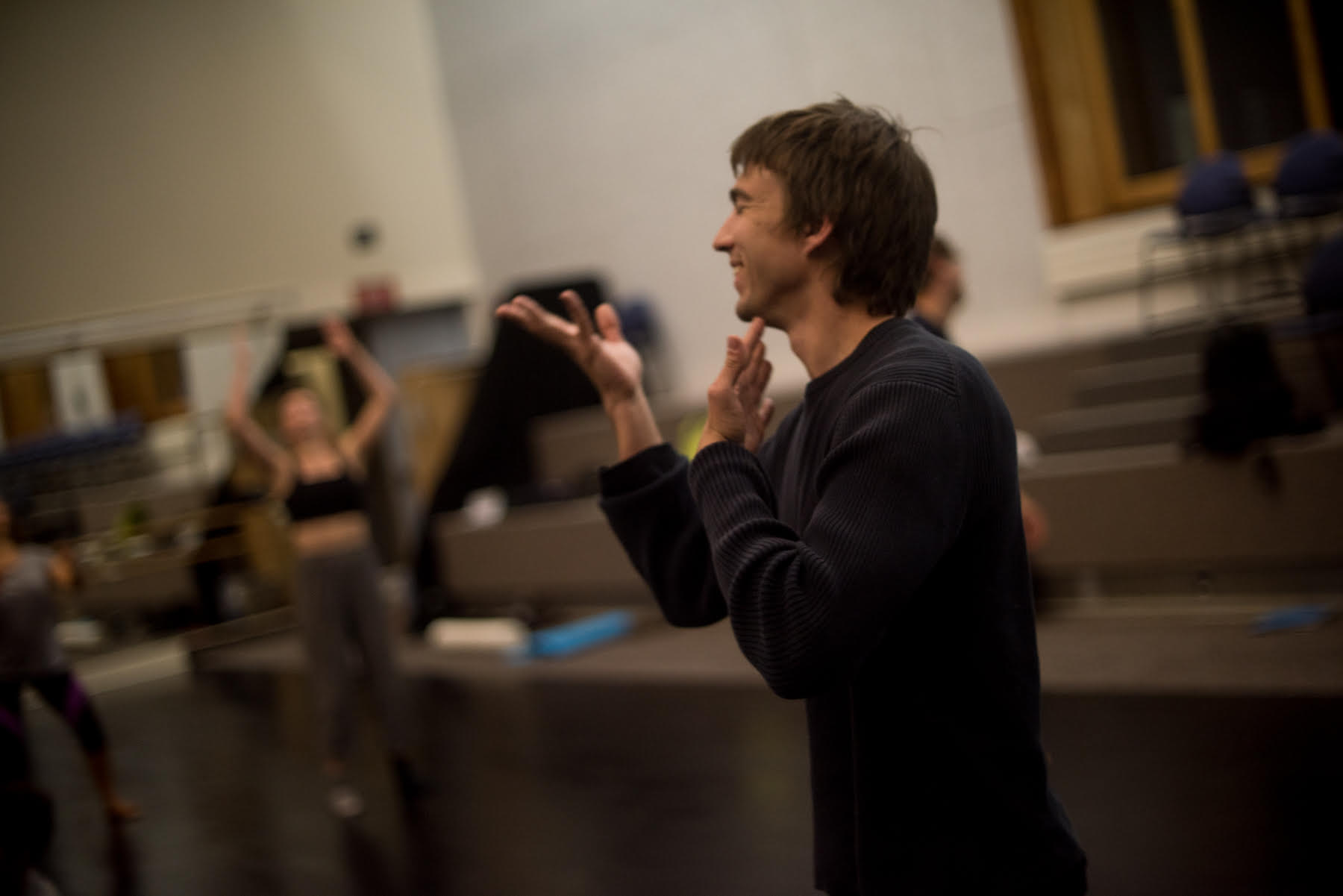 Scotty Hardwig is a movement artist, performer, and teacher originally from southwest Virginia. His research practice stems from the confluence of sensory media and the moving body, creating movement-based artwork through live performance, installation/site-specific, and cinematic frames. As a freelance performer and company member of AXIS Dance Company, he has had the honor of working with internationally recognized choreographers like Marc Brew, Stephen Koester, Johannes Wieland, Joe Goode, Amy Seiwart, Eric Handman, Yannis Adoniou, Satu Hummasti, Stephan Koplowitz, Damien Muñoz, and Virginia Garcia. As a choreographer, his processes are collaborative, experimental, and queer, investigating the existential in-between spaces of meaning and metaphor inherent to the human body in motion. He has created stage works for companies like the National Ballet of Ecuador (EC), LEVYdance (San Francisco, CA), La Revuelta Laboratorio Escénico (MX), the Dance Company of Middlebury (Vermont), and with his own collaborative teams under the moniker anatomy zero. Recent projects include Body, Full of Time (2019), Time Garden (2019-2020), ENGRAM 4 (2020), and Cloud City Collage (2021), which all investigate the chimeric relationship between digital and physical versions of self. Using motion capture technologies, immersive sound, animation, and virtual and augmented reality, these research works exist at the intersection of humanity and the digital.

In addition to being a choreographer and performer, he is also an award-winning videodance artist and director, with his dance for camera works frequently screened internationally in North America, Europe, and Asia. As a teacher, he frequently holds open workshops in performance, movement and media across the United States and internationally. He received his MFA in Dance from the University of Utah, and has served on the faculty at the University of Utah and Middlebury College, and is currently an Assistant Professor in Movement, Performance and Integrated Media at Virginia Tech, where he is experimenting and creating choreographic and cinematic works at the intersection of technology and the body.