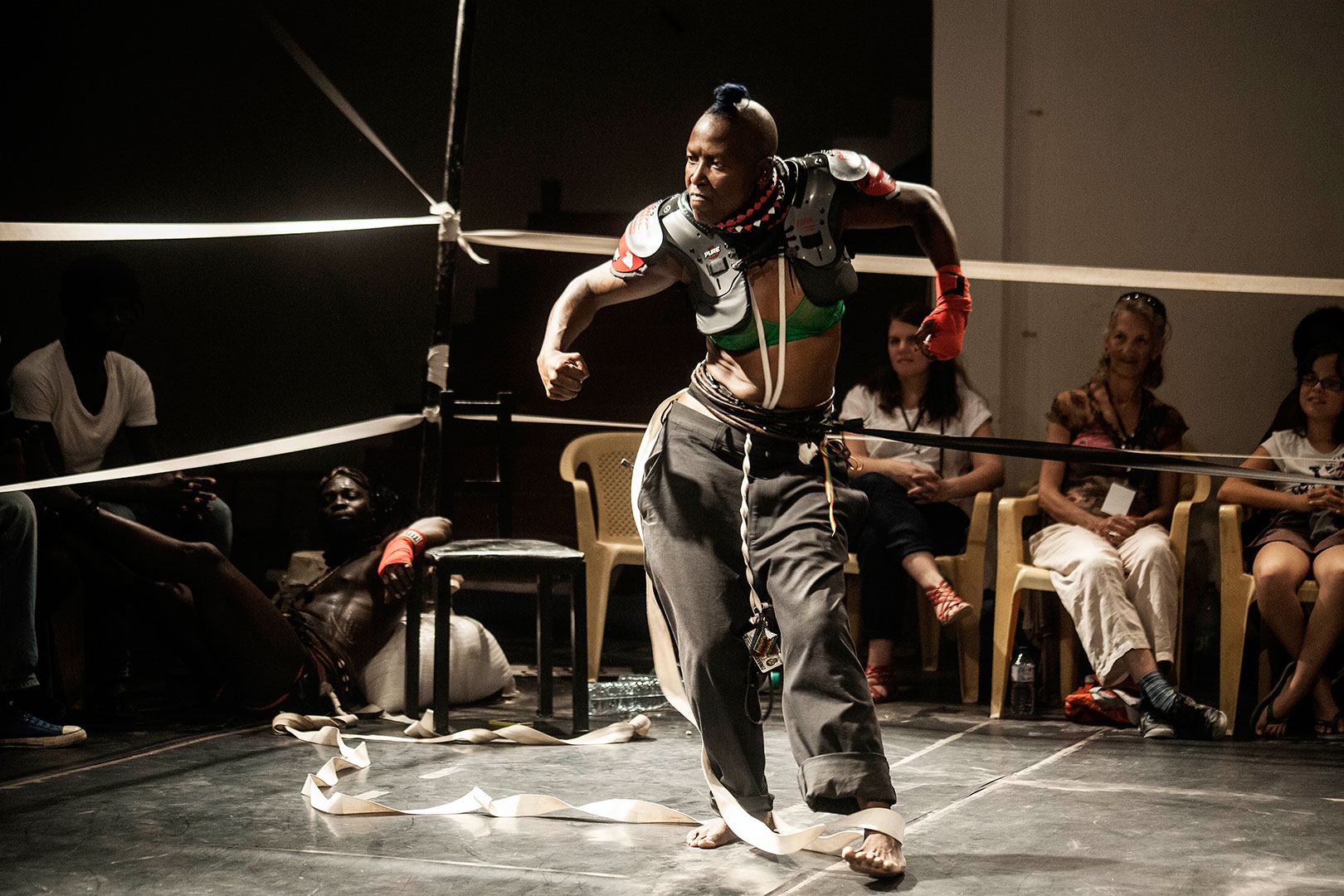 Born in Mutare, Zimbabwe and based in NYC, nora chipaumire uses her choreography to challenge and embrace stereotypes of Africa and the black performing body. chipaumire most recently received the 2016 Trisha Mckenzie Memorial Award for her impact on the dance community in Zimbabwe. She was also awarded a 2016 Foundation for Contemporary Arts grant and a 2015 Doris Duke Artist award. She was a Hodder Fellow at Princeton University in 2014-2015, 2012 Alpert Award in the Arts recipient and 2011 United States Artist Ford Fellow.

chipaumire is a three-time New York Dance and Performance (aka “Bessie”) Awardee: in 2008 for her dance-theater work, Chimurenga, in 2007 for her body of work with Urban Bush Women, and in 2014 for the revival of her solo Dark Swan. She was also a MANCC Choreographic Fellow in 2007-2008, 2009, and 2015. Chipaumire was recently honored as the Trisha Mackenzie memorial trophy recipient for her work with Tumbuka dance company, Harare, Zimbabwe . Her newest work, portrait of myself as my father (2016), is commissioned by Peak Performances @ Montclair State University, co-commissioned by MDC Live Arts in partnership with Miami Light Project, Georgia Institute of Technology, 651 ARTS, Dance Center of Columbia College, and company nora chipaumire. It is the companion piece to rite riot (2013), a solo rendering of The Rite of Spring, commissioned by FIAF and presented at Crossing The Line festival in New York City and Les Subsistances in France.