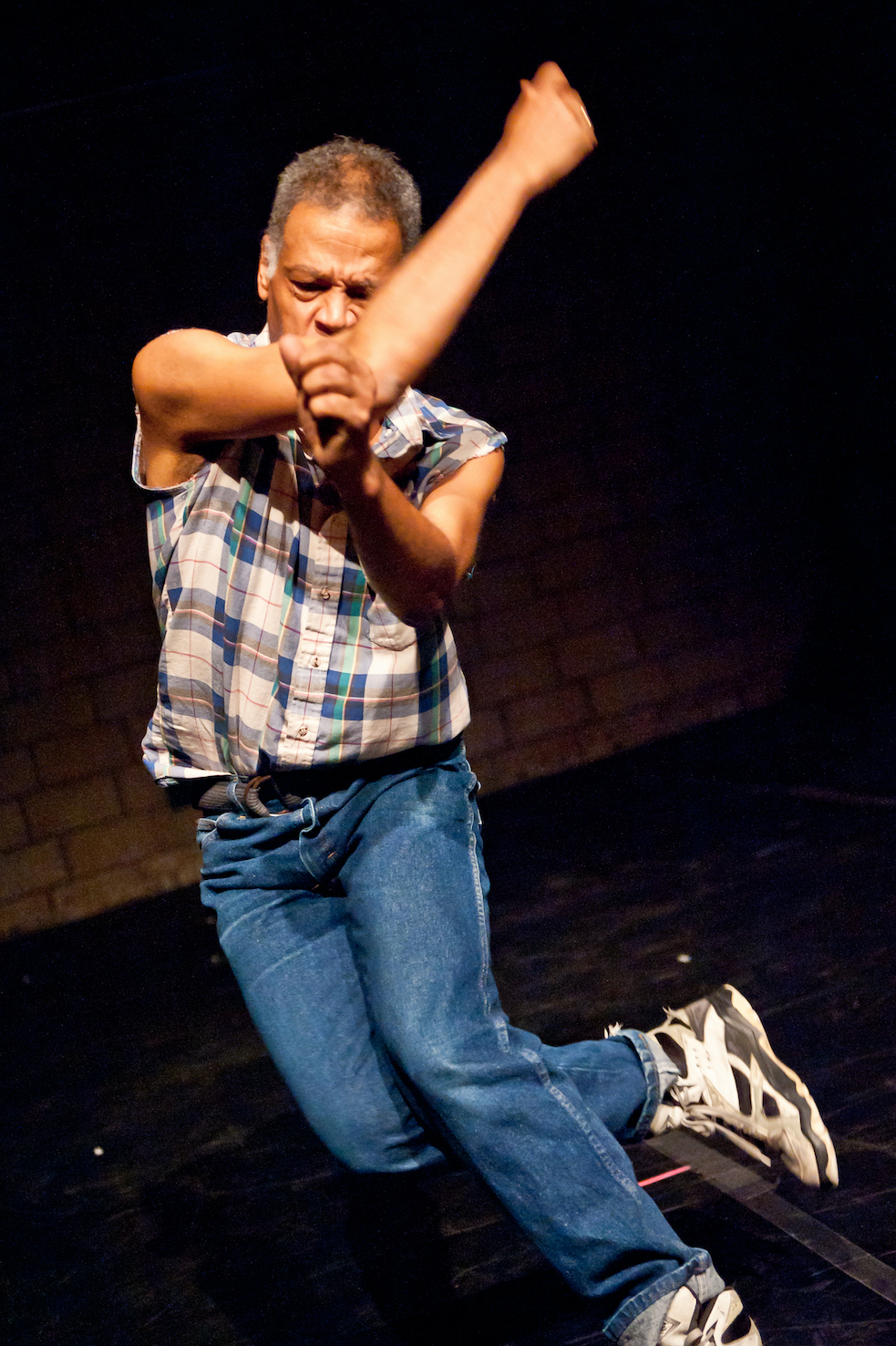 Ishmael Houston-Jones’ improvised dance and text work has been performed world-wide. Drawn to collaboration as a way to move beyond boundaries and the known, Houston-Jones celebrates the political aspect of cooperation.

Houston-Jones curated Platform 2012: Parallels at Danspace Project, an 8-week series of events that interrogated the intersection of dance makers from the African Diaspora with the aesthetics of Post-modern choreography. In 2016 he co-curated, with Will Rawls, Platform 2016: Lost and Found – Dance, New York, HIV/AIDS, Then and Now that queried the effects that the loss of a generation of artists to AIDS has had on current dance creation.

As an author Ishmael Houston-Jones’ writing has been anthologized in several books, recently in Saturation – Race, Art and the Circulation of Value, (2020) and Writers Who Love Too Much – New Narrative 1977 – 1997, (2017). Houston-Jones’ first book FAT and Other Stories was published in 2018

The recipient of four New York Dance and Performance “Bessie” Awards, Houston-Jones’ work has received support from: The Robert Rauschenberg Foundation, 2018; The Herb Alpert Awards in the Arts, 2016; The Doris Duke Charitable Trust, 2015; and The Foundation for Contemporary Arts, 2013.

Ishmael Houston-Jones is an adjunct professor at New York University’s Tisch School of the Arts’ Experimental Theater Wing and a master lecturer at The University of the Arts (Philadelphia) School of Dance.